Rat Exterminator Near Me 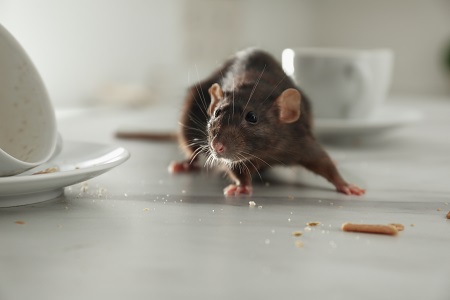 Even one rat on your property can pose a significant issue. The average rodent leaves thousands of droppings a year. Their droppings will ruin a location’s air quality and even transmit salmonella illnesses. According to the CDC, rodents can also carry rat-bite fever, a potentially fatal disease to humans that contact these critters.

Common rats in North America include the roof rat (Rattus rattus) and the Norwegian rat (Rattus norvegicus). The main difference between these species is where they nest. Roof rats will predictably nest in the walls and attic, while the Norwegian rat will burrow underneath the floors, stacks of goods and even rubbish.

Their innate ability to hide means they must be exterminated quickly, or problems can multiply rapidly. Not only because of the damage or fire that rats can cause by chewing but also because of how fast they reproduce. A female rat can have six to ten litters a year with up to a dozen pups per litter. They will need to be dealt with before numbers get out of control and your home or workplace becomes overrun.

Looking for a rat exterminator worth their salt in North Richland Hills? Contact Buzz Kill Pest Control. We offer specialized plans that target these home and business invaders.

For some, mice might represent a more benign pest. People do keep domesticated mice and rats as pets. But mice infestations are, by definition, not domestic. Moreover, they can multiply even faster than rats.

They also still leave droppings and chew through items. Mice have smaller, neater nests. They make their home anywhere from under a pile of paper, in loose or baled hay, inside upholstered furniture, and even in cabinet drawers.

Because everything about them is small—body, feet, head, you name it—they are devilishly hard to notice. If you do see one, they’ll be just as shocked as you. Add that to their quick reflexes, and it’s more likely that you’ll notice their presence after they have left.

If you find a mouse in your house, it’s time to contact Buzz Kill and begin planning for rodent control.

Trying to Identify What Type of Mice or Rat Are In Your Home or Business?

House mouse, Mus musculus: The typical house mouse is far smaller than any rat with a grayish-brown coloration to their fur, making them harder to spot. Adults generally weigh up to a full ounce and are only five to eight inches long, head to tail. A female mouse can have six to eight pups per litter with the ability to mate again after giving birth immediately.

Norway rat, Rattus norvegicus: The typical adult Norway rat weighs seven to eighteen ounces and measures11 to 19 inches long, including its tail. They have a gray coloration with a white underside. Heavy and thick with small ears, small eyes and a blunt nose, their tail is furless and shorter than the body. Female Norwegian rats will have two to fourteen rats per litter and four to six litters per year.

Roof rat, Rattus rattus: Adult roof rats weigh five to ten ounces and are 12 to 18 inches long, head to tail. They have a furless tail longer than their body. Their fur has a grayish-black color and a pale yellow underside. Compared to their plus-size cousins, the roof rat is light and slender with large ears, large eyes and a pointed nose. Female roof rats have smaller litters, five to eight, with three or more per year. 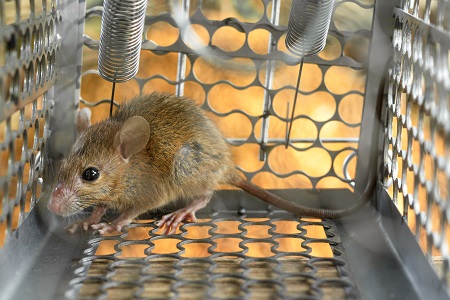 When people think of house pests, rodents probably come to mind first. Rats and mice are the most common rodents in the United States. These tiny creatures can invade your home or business at any time of year, will eat almost anything and contaminate food sources with their droppings and urine. Controlling rodents is imperative to keeping your family or employees in good health.

Buzz Kill Pest Control has over 30 years of experience in pest control and extermination in the North Richland Hills. We know rodents and won’t have to search long for the source of your problem. Our technicians will take every precaution to ensure your home becomes rodent-free while remaining intact after completing our rodent control. We also deal with ants, mosquitos, wasps and more!

If you suspect a pest problem in North Richland Hills, contact as soon as possible. We offer free consultations with locations all over the Dallas-Fort Worth area. No matter where you are in the Mid-Cities, Buzz Kill can help eliminate any rats or mice that have invaded your home or workplace.