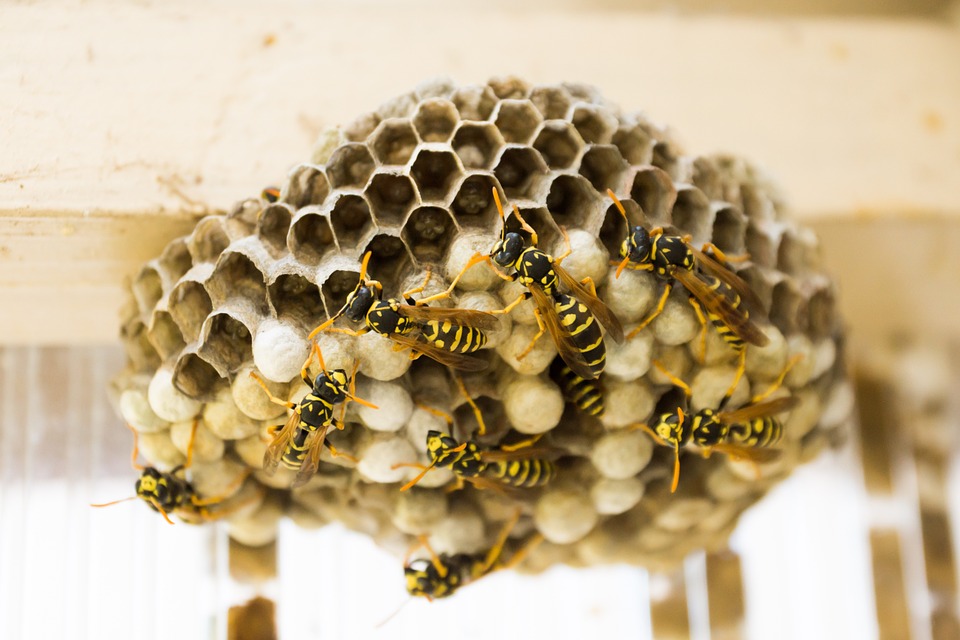 Wasp & Bee Removal in Dallas-Fort Worth

Wasps and bees are not only a nuisance but can be a danger around your home or business. There are several types of bees and wasps that Buzz Kill Pest Control deals within the Dallas-Fort Worth area. Many of these insects are aggressive in nature and often sting as a way to protect their colonies. That is why it is important to use a professional bee & wasp control service when dealing with these types of stinging insects. We use the latest in technology and treatment options to rid your property of the initial infestation and can provide an ongoing service to help protect you from future infestations of wasps or bees. Schedule an appointment for a free estimate.

Honey bees live in hives that they build. They can also be found in the wild in hollow trees or in wall voids.

They can become a problem in the spring as they tend to forage for water in swimming pools and feeders. Colonies of bees can be treated with insecticides and methods similar to wasp nests (whether concealed or exposed). All honeycomb inside structures should be removed to avoid any issues with honey damaging the surroundings. This includes honey stained damage to walls and other pest problems such as beetles and inviting bee swarms moving ahead.

You can contact a bee & wasp control company. Eradication is no easy task. Typically a single treatment kills only the bees around the nest. And then a little while later the pupa (which are protected by their cells) will emerge as adults. Thus, it is recommended to treat the area at least 2-3 times over several weeks.

The best way to remove wasps is to focus on the main issue which is the nest. Wasp nest removal in Dallas-Fort Worth can be very dangerous to deal with. The wasps tend to feel threatened and can become extremely hostile. Getting rid of wasps is less about removing the nest, rather the focus is on treating it and the wasps. The first step involves a professional masked in protective clothing to ensure they are safe from any stings. The pest control expert will then use aerosols, dust, and liquids on the nest after the entire colony is gone. In many cases, wasps have been known to build nests under the earth, below concrete slabs, rocks or plants and trees. It can be very hard to treat the problem in these examples and oftentimes activity will continue despite your best attempts to control the situation.

Our trusted pest control professionals have the ability to determine the exact type of wasp that is causing the problem. They also have the required protective clothing to ensure safety. Each treatment approach is different based on the type of wasp and where it is located. Once the nest has been treated, we can remove it from your property (unless it is positioned behind a wall or similar location).

Bees can create a large amount of honey and are important to the environment and the pollination of our food supply. However, when they are located around humans they can pose a significant risk. Finding a beekeeper is another option. You will need to pay the beekeeper to remove the honeycomb and the bees after the wall is removed. You will need to pay the beekeeper because the value of the bees is low and the labor requires dealing with angry bees.

In the case of wasps, however, you will need to contact the wasp control team at Buzz Kill Pest Control.