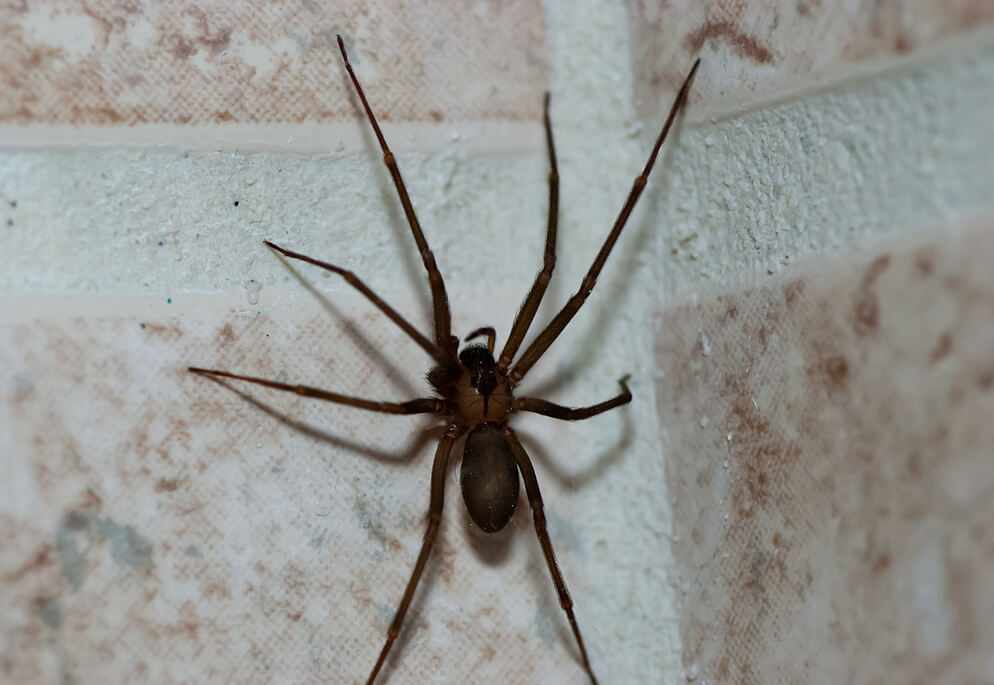 Buzz Kill Pest Control delivers quality and effective service to rid your home from these unwanted eight-legged creatures. Spiders gain entry to your home through small cracks and openings around doors, windows and your home’s foundation. Spiders feed on insects, so if they are attracted to your home, it could be a clear sign that you already have a pest problem.

Staying on top of spider control in your home is crucial, particularly if you think you have a problem with black widow or brown recluse spiders. Female house spiders reproduce at alarming rates. They deposit 250 eggs per sac and develop up to 17 sacs in their lifetime (that’s over 4,000 eggs!). Spotting one spider in your home can mean there are a lot more, so let our team take care of the problem with professional spider control solutions.

This spider has six separate species of recluse spiders all of which are toxic. They prefer to live outdoors in hot areas. Texas is home to both the Texas Recluse and the Brown Recluse.

Non-toxic to humans, these orb weavers make enormous webs around your porch or breezeway. There are many varieties of orb weavers but the most common are the black and yellow garden spiders.

These ground hunters are nontoxic to humans but will bite if disturbed. Due to the size of the fangs their bite feels like a bee sting. These guys like to prey on earwigs, termites and sow bugs.

This large spider is a quick mover. It is rare to see a female indoors but males will come in to try to find a mate. They will bite but only if provoked. Although their venom is not life threatening it will feel like a wasp sting due to the size of the fangs.

This indoor loving spider is shy and likes to be undisturbed. The venom is more toxic than its cousin the Black Widow but releases a very small amount when it bites. Because of this they are not considered a medical threat.

This spider doesn’t mind living with humans. It’s shy and not very aggressive. If provoked it will bite and it can be painful but nontoxic.

This light grayish looking spider is about the size of a dime to nickel. Jumping spiders are the most common spiders to bite humans. Even though their bite is usually not an issue some people are allergic to them. This spider prefers to stay outdoors but will come in from time to time to escape the heat.

Texas has several species of crab spiders most of which can be found on flowers to ambush insects. These spiders do not build webs, they use their strength to kill larger insects. Crab spiders as a whole are nontoxic, but their bite can feel like a bee sting.

This long-legged spider is not harmful to humans. They are very good at catching flying insects such as mosquitoes in their large size webs. They like to live indoors upside down in their webs. It is very difficult to be bitten by this type of spider.

These are funnel weavers that like to make their homes in corners. They prefer to stay outside but during colder months will tend to move indoors. Size ranges from small to medium. Their bite is mildly toxic but are non-aggressive. They prefer to stay hidden in their nests.