What Bugs Were on the Mayflower? 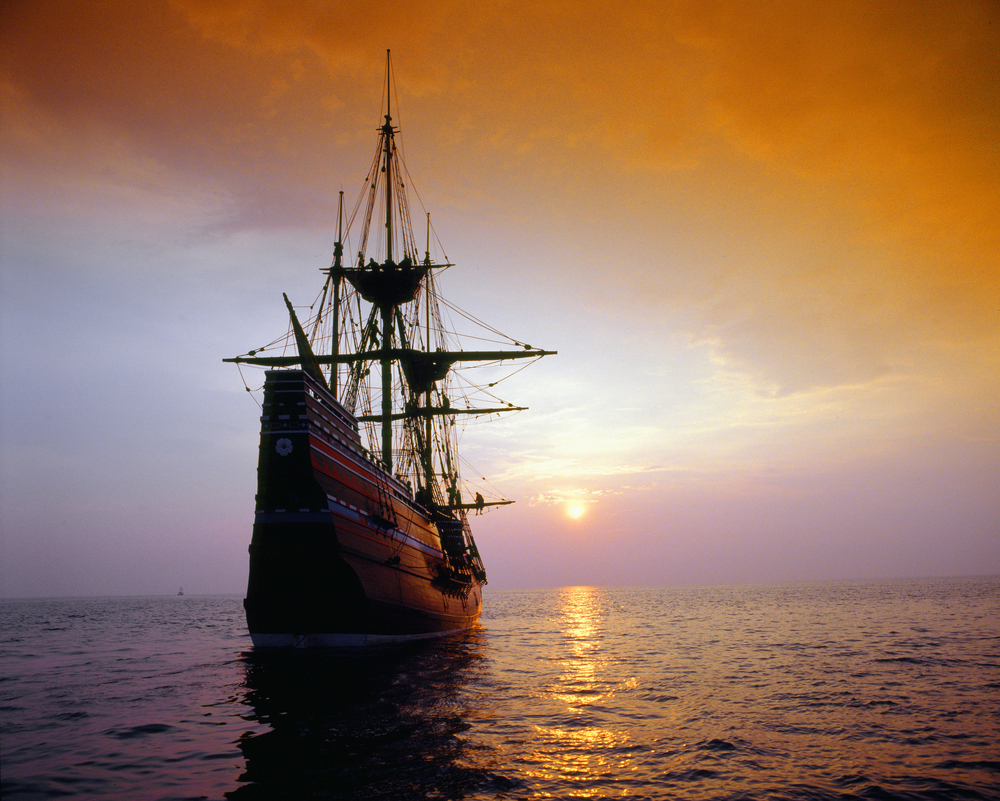 Ah, Thanksgiving. That special time of year that brings our families together to eat turkey, cranberries and corn. A time to travel to see the ones we love. A cherished time of year…..celebrating the insects, bugs and pests that also made that famous trip across the Atlantic Ocean to our promising shores. Yep! The colonists brought the New World pests with them.

Travel to see loved ones, stay in a hotel, BEDBUGS!!! Those not-so-lovely little parasites that feast on the blood of people and animals. Those egg-laying little pests that can shut down a hotel. Those biting, irritating little bugs probably came over on the Mayflower. Bed bugs have infested Europe, Africa and Asia for thousands of years and it is believed that when Christopher Columbus and his crew or when the Nina, Pinta and Santa Maria passengers arrived on the shores of the new world, they brought bed bugs with them.

These parasites were common on ships, especially emigrant ships due to the number of people and close quarters on the ships. The bugs were easily transferable with clothing, luggage, coats, baskets and beds. Bed bugs don’t fly, but they can move quickly across floors and walls. Female bugs lay hundreds of eggs, each of which is about the size of a speck of dust. They don’t have nests, instead they live in groups in their hiding places. Active at night, they usually bite when people are sleeping causing victims to develop itchy welts. The number of passengers and living arrangements made a perfect breeding ground for the pests. Bed bugs weren’t the only bugs to make the trip on the pilgrims’ ships.

Lice and bed bugs are related parasites and they both feed on human blood. While similar, they are not the same. Body Louse feed on human blood and will cause itchiness and discomfort. They can survive up to 30 days in a suitable environment and can be eliminated through boiling infested clothing and bedding. Not much chance that happened aboard a wooden ship. Head Louse is also a parasite.

They spend their entire lives on the human scalp feeding on human blood. Like the bedbugs, the close quarters, body-to-body and head-to-head contact made infestation aboard the ships almost unavoidable. The passing of lice from person-to-person does not mean that a person is dirty; it is the close contact that causes the spreading of the parasite. In fact, head lice prefer clean hair. The Europeans aboard the ships were in close contact, traveling as family and friends.

The most common cockroach at the time of colonists was the German cockroach. While it is believed to have originated in Asia, it arrived in Europe in the 1200s. By the time the colonists climbed aboard their ships to come to America, the cockroach had grown into a very large population. It is also a possibility that this cockroach was a passenger on the slave ships coming out of Africa. The 2nd most common cockroach to make the journey to America was the American Cockroach. While it isn’t endemic to the U.S., it still bares the American name. Mass migration of these cockroaches is common. The American cockroach likes moist, warm and shady areas, like the hulls of the ships or inside the trunks of the pilgrim travelers.

Just some food for thought as you munch on your Thanksgiving feast on November 23rd, it isn’t unlikely that insects were on the menu for that first Thanksgiving feast. The Native Americans often ate insects as part of their diet. Are there some chocolate covered cockroaches on your menu? If so, give Buzz Kill Pest Control a call today to find out more about our services.