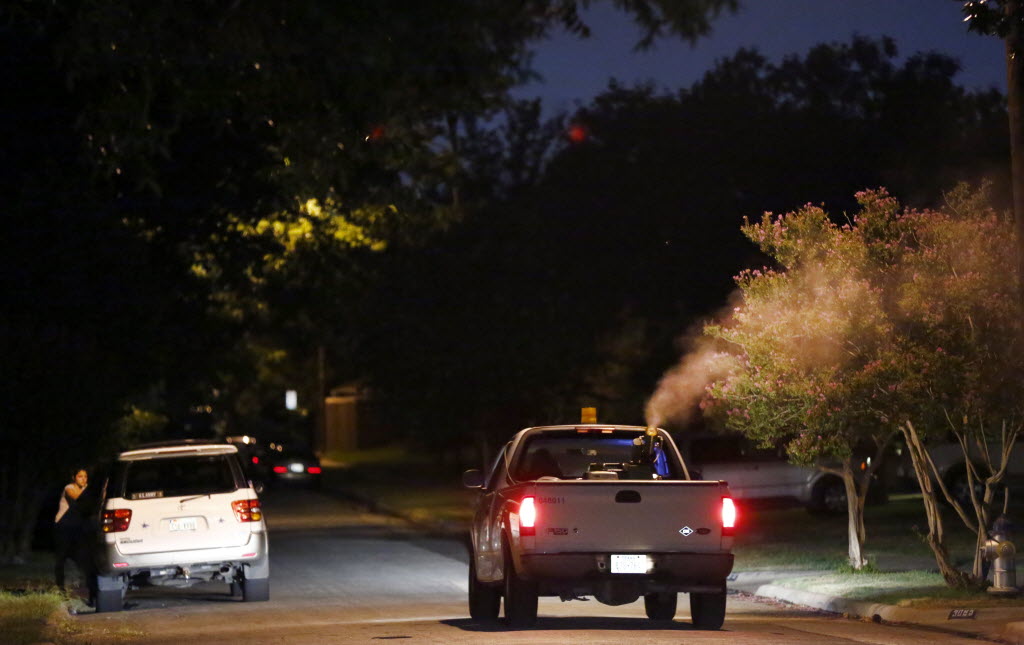 But that’s not stopping the city of Dallas, which plans on spraying for mosquitoes in a handful of neighborhoods from North Dallas to south due to “significant increases in the number of mosquitoes that carry the West Nile Virus that have been found in these areas.” The neighborhood maps are below for those living in Preston Hollow to Bruton Terrace and points in between. The city say it’s doing the spraying at the request of Dallas County Health & Human Services.

“We’re gonna see what happens,” says Crystal Woods in the city’s Compliance Services Department when asked about the weather. Crews are going to begin spraying around 10, 11 tonight.

“There’s a scattered chance of rain, and we are looking at six locations,” says Woods. “If they get to one and it’s not suitable, they’ll move on. But for now, they are still scheduled.”

The specific maps are below, but these are the areas scheduled to be sprayed:

And while the insecticide is Environmental Protection Agency-approved, says the city, you’re reminded to stay indoors during when the clock hits spray-thirty. Also: Do not run behind the trucks,

even if you’ve seen
Tree of Life