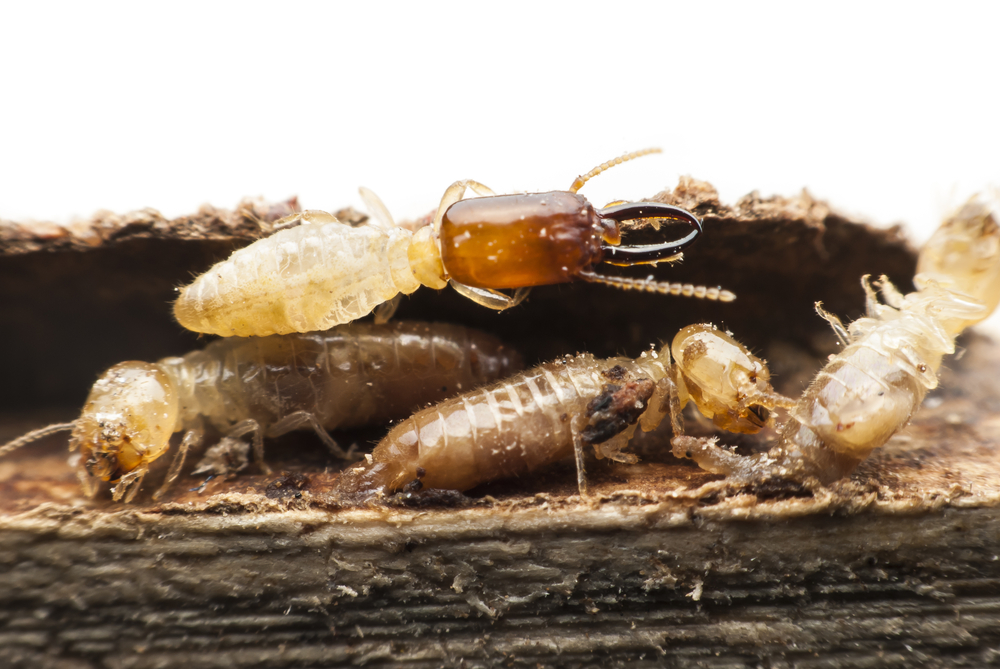 Pest of the Month: Termites

The past few weeks have shown that May weather in Texas is as unpredictable as ever. It is not uncommon to drive to work through a thunderstorm and to drive home wearing sunglasses. After a few days of storms and cloudy, humid weather, a sunny day in May is a cheerful occasion for Texans and also for certain pest-termites.

While termites can invade your home year-round, the moist, humid weather during spring and early summer months allow termites to thrive, encouraging them to mate and reproduce. While you and your family are out having fun in the sun, termites may be infesting your home and having a party of their own.

Generally, termites in Texas swarm on a warm day after rainfall. According to Termite Infestation Probability Zones (TIP Zones), north and east Texas are located in TIP Zone #1 (heavy to moderate), making the potential for damage in the Dallas and Forth Worth area very significant. Hence, property owners should be particularly cautious and aware of any termite damage during the spring and late summer.

There are an estimated 4,000 termite species in existence, 3,106 of which are taxonomically known. However, there are four types of termites that are especially prominent during wet months in Texas – subterranean termites, Formosan termites, dark southeastern termites, and tropic smooth-headed dry wood termites.

One of the most destructive termite species in the United States, subterranean termites cause more than $2 billion in damage each year. That’s more property damage than caused by fire and windstorms! Even small subterranean termite colonies can chew through the equivalent of one two-by-four every five months. These termites need immediate contact with soil, as it provides moisture at optimal temperatures. The eastern subterranean termite swarms during the morning hours in February to May.

Think termites may be eating away at your property? Contact Buzz Kill Pest Control to learn more about our termite control options.

Although they are from the same family as the subterranean termite, the Formosan termite does not require any soil contact. They build their colonies in aboveground nests in cool, moist areas of the home – such as within walls and in attics. These termites build bigger colonies than any other termite species, with over a million termites per colony. This allows them to cause drastic amounts of damage within a relatively short amount of time – up to 30 pounds of wood in a month. Formosan termites swarm at night in April and May.

Dark southeastern subterranean termites are a smaller species that swarm during the day in March and June. Although this termite does not build particularly large colonies, swarming can lead to infestation over time if more than one colony exists concurrently.

Tropic smooth-headed dry wood termites love warm, humid weather making their peak swarm time in Texas from April to July. Although they do not need soil contact, they require some moisture in the wood to thrive.

Termite Pest Control During the Spring and Summer

Take a walk around your property, inspecting where the dirt meets the foundation of your home. Mud tubes built along the foundation are a good indication that termites are working to move out of the ground and into your home. These tubes are about the size of a pencil. Also, if you suddenly see many dead insects around a window or light, this could mean that the termites have already made their way inside your home.

If you do see signs of termite infestation or damage, it is best to contact a professional pest control company right away. They will be able to assess the damage and discuss termite control treatment options as well as termite control costs for your situation. Successful treatments can result in termite removal, breaking down and controlling the colonies rather than allowing them to further fester further.

Posted on May 20th, 2015 by Buzz Kill Pest Control
Pest of the Month: Termites

Posted in Pest of the Month, Termite Control, Termite Treatment

Pest of the Month: Slugs and Snails
|
Floods and Rain Cause Heavy Need for Pest Control in Dallas and Fort Worth